3 months to go until Breca Swimrun at Lake Buttermere. I’m only just now starting to realise how big a challenge this is going to be. I’ve been in denial up until this point.

Let’s not dwell on the specifics. In fact, let’s distract ourselves completely. I’ve been in touch with another team who are racing on July 2nd – Lets get to know them.

Team Motto: Just got to get on! 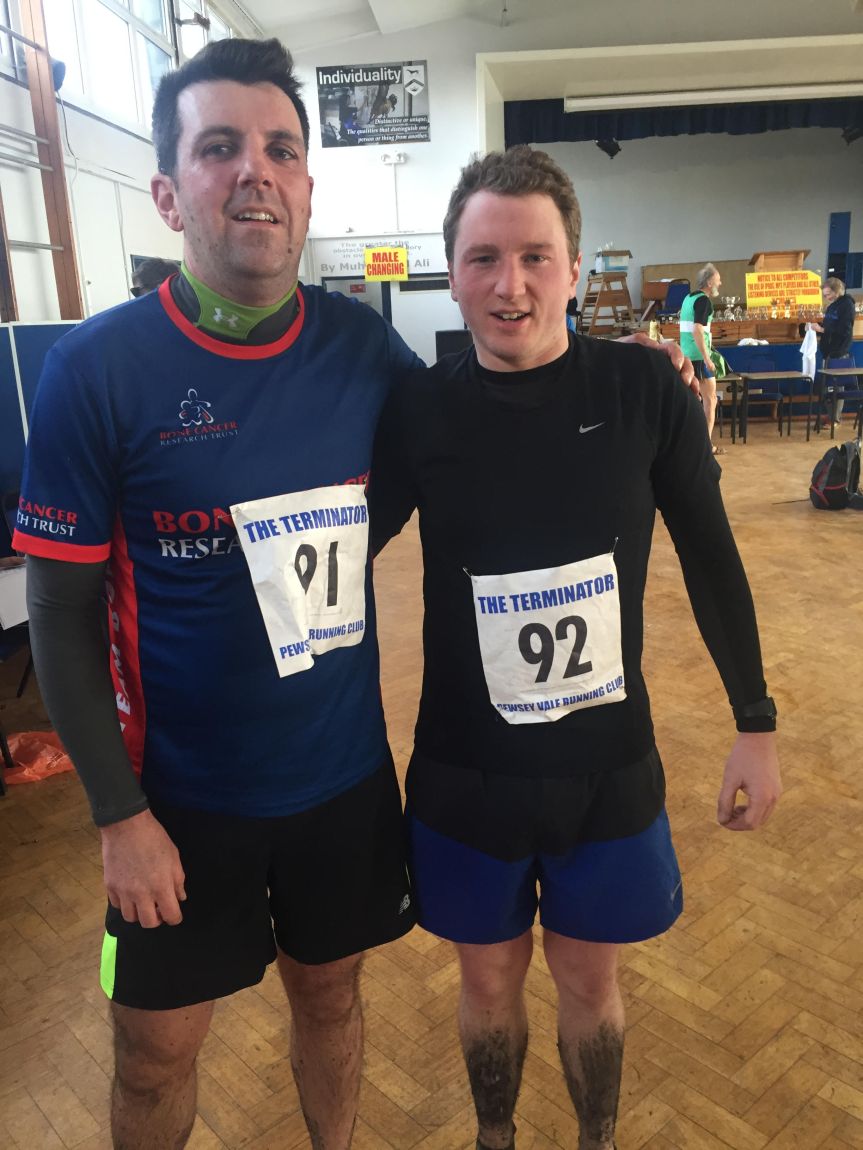 Who are you, where are you from and how do you know each other?
Mike – Jamie and I work together at Latimer Vintners a wine merchant in London. We met playing cricket for our local village Cricket team, Wilcot CC, in Wiltshire. When Jamie finished Uni he had no idea what he wanted to do so I gave him a bit of work experience, that was 3 years ago and I still haven’t managed to get rid of him! Jamie is about as French as they come.. with a thick accent and so he adds a bit of French authenticity to the business. This counteracts my strong Geordie twang.., so I suppose he does offer something! (Actually to be honest when Jamie first started working for me he told me he was fluent in French, being half French, I believed him, turns out this was not exactly true as discovered on a trip to the Rhone valley! And while I am from Newcastle, I am not sure how well I would blend in nowadays on a Friday night down the Bigg Market…….)

What do you do when you’re not jumping into lakes with your shoes on or running round in wetsuits?
Mike– I have a four year old son, who’s great fun and so I enjoy spending time with him. On the sport front I do some running on the Salisbury plain or round the streets of London, play squash, cricket, real tennis and now have started swimming more regularly than I have in the past. Beyond that my job takes up a lot of time and due to the nature of being a wine merchant I have to eat and drink a fair amount which will be the excuse I use for our less than stellar performance on July 2nd.
Jamie– I enjoy a range of sports and especially love playing and watching cricket in the summer.

What attracted you to this race? Why Swimrun, why not a normal run or a triathlon?
Mike– I am turning 40 this year and decided I wanted to do a proper challenge having done a few half marathons and cross country runs over the past few years. The thought of marathon is a bit boring and I have no interest in cycling so a triathlon was out although that said I was not exactly an avid swimmer either! I saw an article on the swim run in the Guardian and it appealed as it was a bit different and would definitely be a big challenge but one that seemed achievable with a lot of training. Also I went on family holidays in the lake district every year when I was kid and I have done a lot of walking over there and used to swim in the lake (Ulswater) everyday, so I have a soft spot for the region. Finally it seemed like a big enough deal to use it to raise some money for charity which I support the MSA Trust.

Do you have a personal connection with the charity?
Mike – Yes its a syndrome that my dad had and so I have seen how it effects people first hand. It’s a Parkinson related neurological disorder which causes degeneration of nerve cells in the brain and  causes all kinds of physical problems for those who suffer from it. There is no cure and very little is known about how to treat it effectively. As I have said I have very fond memories of holidays with him in the lakes when I was young so it seemed like a good way to remember him and try and raise some cash. Here is a link to my just giving page https://www.justgiving.com/CM-Stobbs/

Jamie– Having just turned 25 I do not have the same mid-life crisis reason as Mike who is nearly over the hill… however it seemed a good step up from some triathlons I dabbled in last year as well as the marathon. Having played cricket alongside Mike for several years and had plenty of competitive games of squash against him I was only too happy to join him on this challenge, also he might have fired me had I refused. Daunting as it seems training is stepping up week on week and I am really looking forward to this challenge! 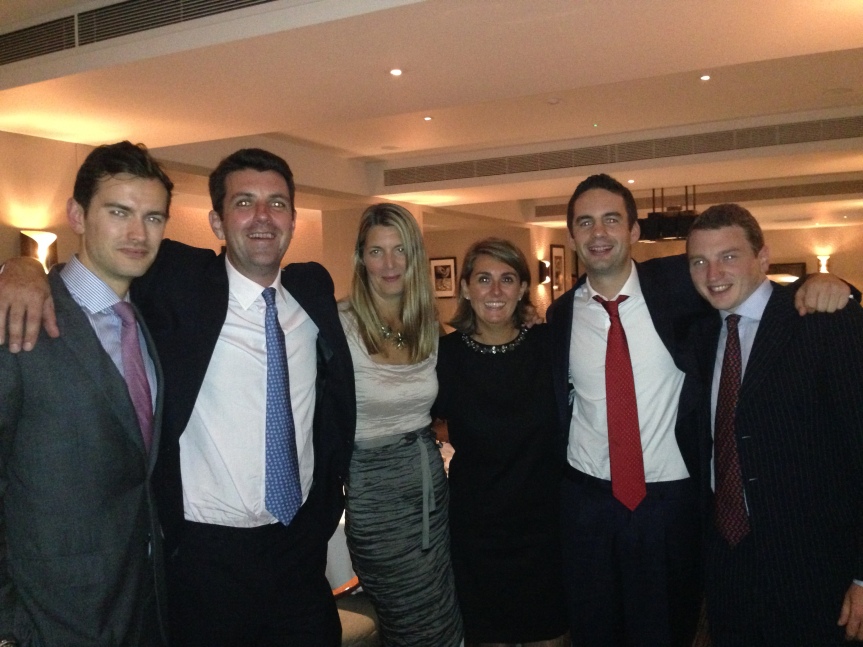 I love how far removed this race is from village cricket. And the fact you’ve jumped straight in screams mid-life crisis, I agree with Jamie! It would be much easier to just go and buy a sports car. How mad do the people around you think you are?
Mike – Generally speaking yes, Georgie was not keen when I suggested it but is now totally on board. Most people think I am completely mad but my view is why not, what’s the worst that can happen (don’t answer that!)

Will you be dashing back down to London or are you hoping to have a long weekend?
Mike – No, my girlfriend (Georgie) is coming along to support us so we are going to spend a couple of days in lakes after the event.

Any chance of bringing some wine up to Buttermere? I’m quite certain it will taste amazing after the event! In fact, what wine would you recommend after this!?
Mike – I will certainly be needing some so yes a few sneaky bottles will makes their way in to the boot of the car. To be honest I suspect anything will taste good after the event but if pushed I reckon a nice Double Magnum of Ch Romanin Rosé would hit the spot!

When do you think you’re going to start getting in some open water swim practice?
Mike – As soon as the wetsuit arrives which should be in the next week or two (I have Gone for the Orca Swimrun suit). There are a couple of lakes near London (Heron Lake and liquid Leisure) which I think will be the regular options (any other suggestions gratefully received). We also have a couple of training weekends in the diary when we plan to practice the transitions etc. One of them will be in the Lake District in May where we are going to try and replicate a bit of what we will face in July.

So you guys are training together as well?
Mike – Yes, we have done a couple of runs together and we both did the Pewsey Terminator on Feb 28th. We are also planning a couple of training weekends in May and June.

It’s going to get tough out on the course, it’s a long old race. What mental tricks will you employ to keep yourselves going?
Mike – Well Jamie doesn’t shut up so I guess that will either entertain or irritate me enough to take my mind off the pain. Beyond that I am sure we will manage to keep each other going with some inane chat and a few jokes along the way.

What do you see as your biggest strengths?
Mike – I am pretty determined and I don’t generally give up on things (ask Jamie re the Phall challenge). Jamie’s biggest strength is probably an extraordinary (and potentially delusional) self-belief when it comes to his sporting ability/prowess he has described himself as “a natural athlete”.

A double act that you aspire to be like (or might be tarnished with!)
Glen McGrath and Shane Warne (just to keep on the cricket theme)

Looking forward to meeting these guys up in the lakes on race day. Good luck with the training and with the fundraising (here’s the JustGiving page once again – www.justgiving.com/CM-Stobbs/)

And a reminder of the Breca teams featured so far:

I hope everyone’s trainings going well, mine’s still yet to kick off properly, although my team-mate has done a couple of Aquathlons already. I’ve got some catching up to do.

Please get in touch if you fancy answering some questions about your team. Its great to read some of the stories and learn a bit more about who we’re all racing with.

Latest from the blog